The gig economy might sound like something new, but it really isn’t. Freelancers, independent contractors, consultants, and contract workers have played an integral role in the economy for decades. They find clients, work on short-term and long-term projects, and often run their own businesses as self-employed professionals.

However, the gig economy has been growing dramatically in recent years, thanks to technology giving people access to a wider range of gigs that they can do from remote, and thanks to companies of all sizes that are hiring contractors to work on diverse projects. This allows more people to find gigs, and it also provides more flexibility, whether they are seeking full-time opportunities or they just want a side hustle to make extra money.

Below is a list of some gig economy statistics that help shed light on what this free market system has to offer.

A Primary Source of Income

The gig economy isn’t only used by those who need to make some extra money. Instead, many people are turning to this type of work to earn a full-time income.

The Need for Skilled Services

Gig workers don’t only perform tasks like driving or making deliveries. Working in a range of industries and for a variety of clients, they are talented individuals who have technical and creative skills that are in demand.

Beyond the United States: Gig Workers Are Found All Over the World

The United States isn’t the only country in the world that has seen a rise in the number of workers who have embraced the gig economy. Other countries across the globe are also experiencing a shift towards independent work.

Statistics show that more people are choosing to work in the gig economy. Over the last several years, the number of gig workers has grown, and the expectation is that those numbers will continue to increase in the coming years as well.

Younger people are more likely to start working as freelancers. However, workers from all generations can be found throughout the gig economy.

The Many Reasons Why People Choose Freelancing and Gig Work

Even though some people might turn to gig work when they are unable to find and land traditional jobs, there are many people who are leaving traditional work for freelance work. There are also plenty of reasons why more and more people are opting to work as freelancers, and why they don’t plan on leaving the gig economy.

When it comes to areas of concern, freelancers and non-freelancers feel similarly about issues that impact their lives.

Overall, statistics show that those who are working in the gig economy in various capacities are content and satisfied, and many of them prefer it to traditional work so much that they wouldn’t want to give up their gig work. And, for individuals who wish to run a business as self-employed professionals, having access to gigs via online platforms gives them an opportunity to pursue their aspirations.

To learn more about us, visit this page. 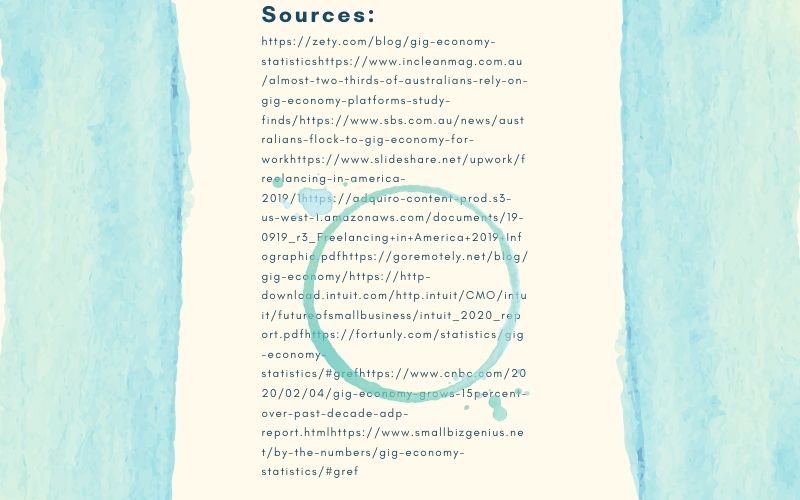 Virtual private networks are essential business tools. A VPN is an easy END_OF_DOCUMENT_TOKEN_TO_BE_REPLACED