With Buy Now, Pay Later (also known as BNPL), shoppers have yet another option when they don’t have the money available to pay for something upfront. So, if you don’t like using credit cards or you don’t qualify for credit cards, this can be a great way to purchase the things you need and then pay for them later.

How popular is Buy Now, Pay Later, and what are some interesting facts surrounding this type of service? Continue reading to access some fascinating stats.

The Habits and Preferences of Those Who Use BNPL

There are a surprising number of options in the world of BNPL, with different service providers you can choose from. What are some of the most popular amongst consumers? And what are their spending habits like when using these services? Below are some stats that can give you a better idea of how shoppers behave.

The Impact of the COVID-19 Pandemic on Buy Now, Pay Later

The COVID-19 pandemic impacted people around the world in a variety of ways, affecting how they were able to shop, whether they were able to work and earn, and more. But did they take advantage of Buy Now, Pay Later options when they were available? Here are some stats that shed light on this topic.

It seems that shoppers in different age groups have varying preferences when it comes to how they pay for the things they buy. Certain shoppers are more willing to use Buy Now, Pay Later services, as you will see in the stats below.

Overall, Buy Now, Pay Later providers have been doing very well as more and more people decide to use this type of service. 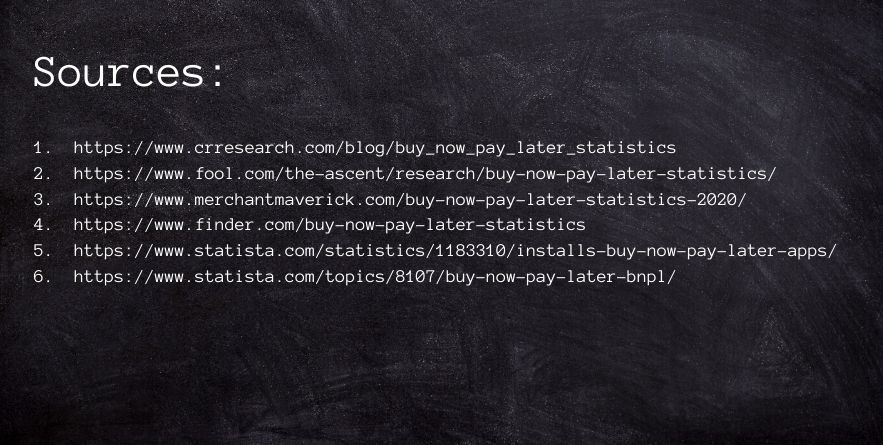 What Is The Owner Of An LLC Called?

LLC stands for Limited Liability Company, a type of business structure that END_OF_DOCUMENT_TOKEN_TO_BE_REPLACED

What Is The Owner Of An LLC Called?

Ambr Meaning LLC | What Is It?

Ambr Meaning LLC | What Is It?

How To Get Health Insurance For LLC Owners?

If you have a small business, you need to have business health END_OF_DOCUMENT_TOKEN_TO_BE_REPLACED

How To Get Health Insurance For LLC Owners?